Born in Sicily into a large family (he is the fourth of five children) Marco Castelli grew up in Porto Empedocle. In 2010 he graduated from the Nicolò Gallo Institute in Agrigento. In the same year, while he is busy on the beach as a lifeguard, he is approached by a talent scout who invites him to participate in the casting for a fashion show. More out of curiosity than anything else Marco accepts, also because he was basically paid. Certainly he could not have imagined that he would be selected and that he would experience the United Colors of Benetton show organized in Palermo as a protagonist. The debut was very positive, so a few months later he was placed in one of the most famous agencies in Milan; in 2011 he makes his appearance in Gianfranco Ferré’s photographic campaign, in the same year he works for the first time outside Italy, in Sweden. 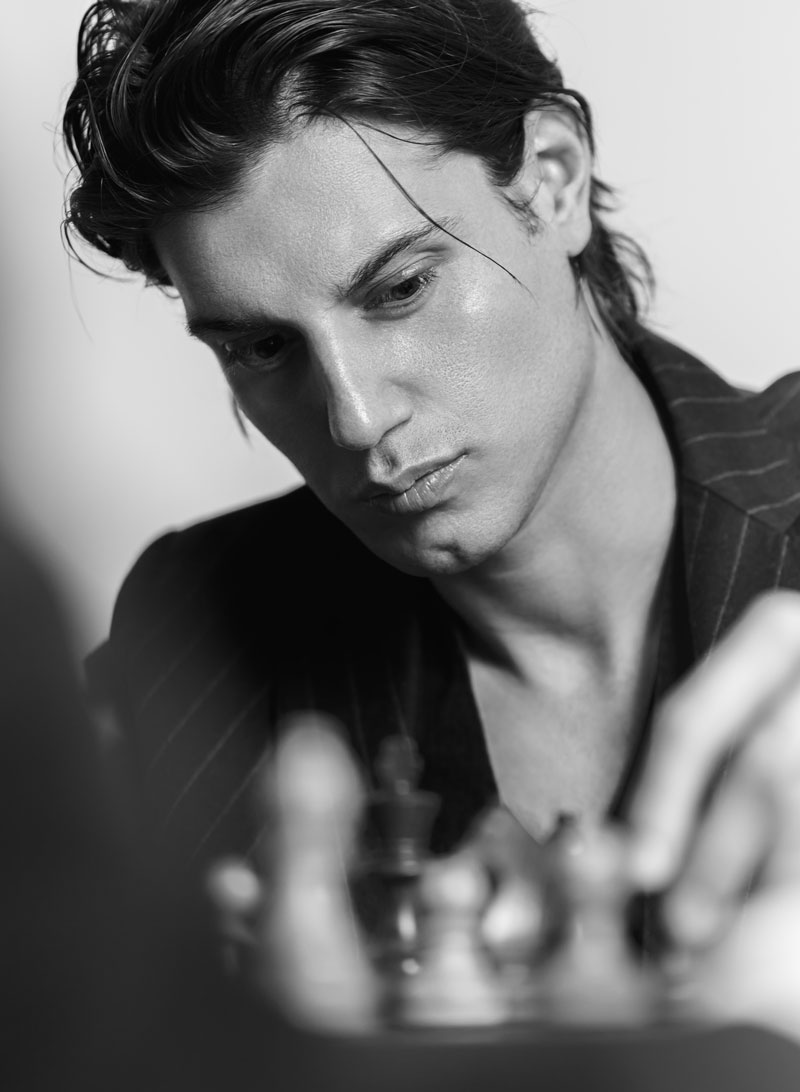 He returns to Milan and participates in the advertising campaigns of C.P. Company and Corneliani.

In 2012 he definitively established himself by parading in New York Fashion Week, becoming from that moment a regular guest for the main fashion squares: Paris, London, Tokyo, Shanghai, Beijing, Miami, Los Angeles, Moscow, Berlin and others.

In Asia, in 2013, he spends nine months between Beijing and Shanghai, fought over by Chinese brands and working as a model for Ermenegildo Zegna. In Japan he works for Sony and the Aspesi boutique. He wears the Bottega Veneta brand clothes.

In 2014 he signed the New Yorker OVVO Optics brand ambassador contract for four years. He works in Los Angeles for John Varvatos, the designer of Greek origin who rose to international fame for having created the Converse All-Stars line of shoes; In Miami he poses for Flaunt magazine; he promotes the collections of Giuseppe Zanotti, Fratelli Rossetti.

She shows on the catwalk for international clients such as Philipp Plein and poses for the cover of the American Salon in April 2015. Castelli is the face of the social media campaign of Fendi & Safilo, she shows at the Cannes Film Festival and in December, in Paris, she is model in the photo shoot for the Bleu de Chanel fragrance, becoming the only Italian model of Chanel.

But Marco does not stop at the catwalks, he begins to design tailor-made clothes for himself, has them made in the tailor’s shop and then wears them, using only the highest quality materials, with a particular predilection for cashmire. One day he was walking in Corso Como in Milan, when he is stopped by some people who ask him to be able to buy the two-tone coat he was wearing, so he took his first order and made it; only upon delivery did he discover that the client was one of the entourage of the Qatari royal family, who from that moment chose him as a designer until he allowed him to develop his own business in Doha. His clothes are so popular that brands like Chanel and the Cartier Foundation ask him to wear his own creations when making their photo shoots.

I like to close this presentation here, it seems the end of a fairytale complete with a prince, as a fairytale he also seemed to start his career, when he left home to work as a lifeguard and on his return an extraordinary international career began.

A final note that few people know: Marco Castelli’s creations are small works of art already under study, because he paints the models.